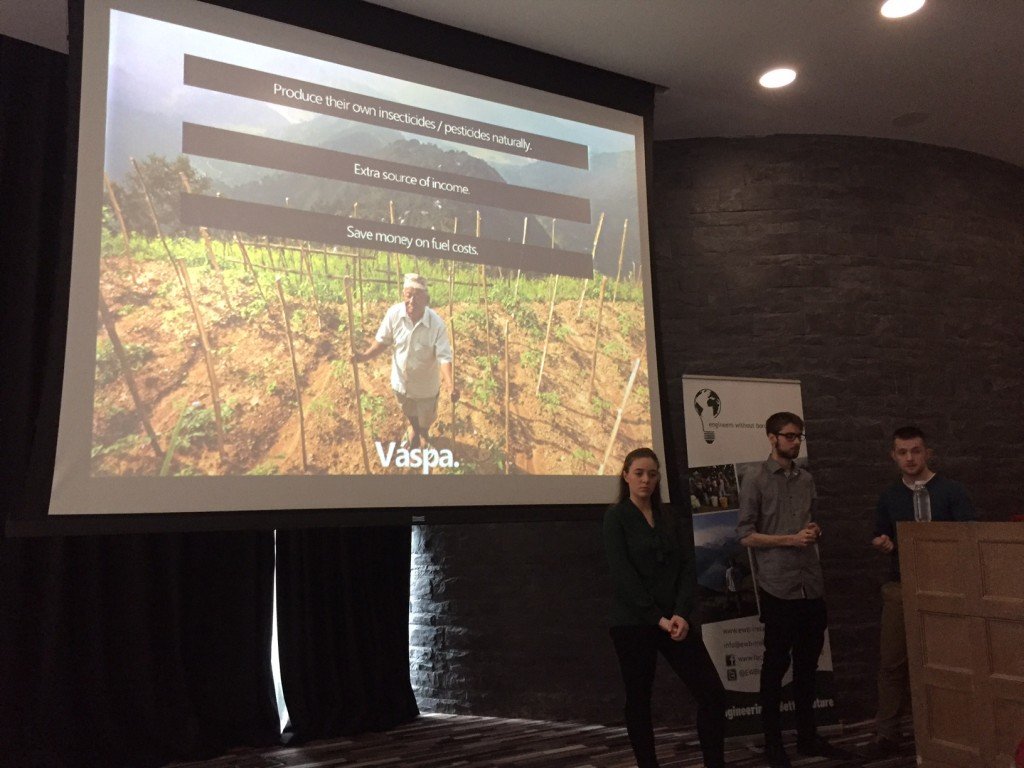 The National Finals of WTINE17 were held on the 10th June at the Radisson Blu Royal Hotel in Dublin. From an initial entry of over 500 students of Engineering, Architecture and Design from 9 colleges across Ireland, the 13 best projects made it through the Regional Finals to present on the day.

The event was designed to be relatively informal and is structured around a “dragons den” style format. There were a number of judges from the sponsors and partners. 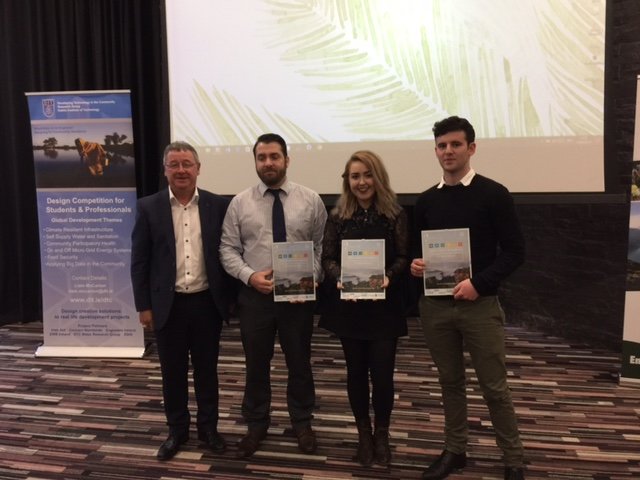 The overall winner of the Davies “Best Project” Award at WTINE17 was Life-Lid from the team of Tara Hennessy, Stephen Dingley, Tim Pugh and Alex Service.

Life-Lid is a pocket sized device which produces chlorine from salt and water. The device can be fitted to any standard bottle. The salt water solution is put into the bottle and when the device is turned on the current starts to turn the solution to chlorine which can then be used to purify drinking water.

The team travel to Nepal in early 2018 to scope their concept further and to experience first-hand the country, environment and people. EWB Ireland will work with the winning team to refine their design and implement their idea in a specific community in Nepal, while in-country support will be provided by Concern Worldwide and Nepal Ireland Society.

The Innovation Award are sponsored by the Arup Charitable Trust. These projects were identified by the judges as having potential to make a significant impact on the health and resilience of communities in developing countries and the award will the teams to work with EWB Ireland to refine, test and develop their ideas to a stage at which they can be implemented. 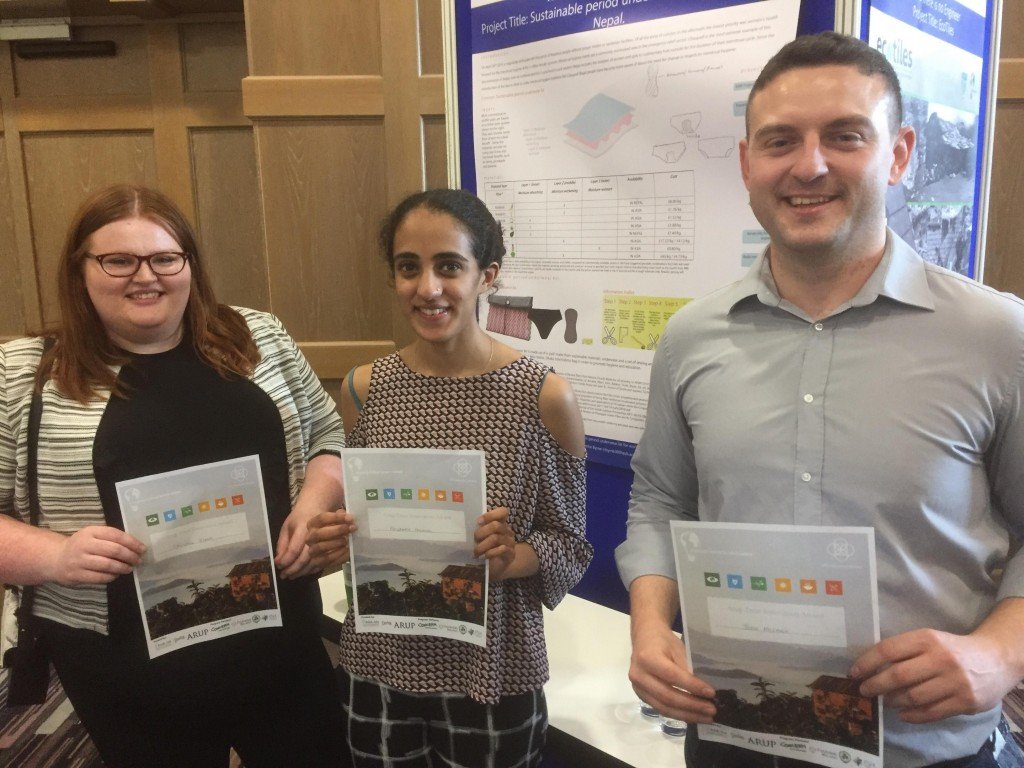 Caoimhe Byrne, Priyanka Premlal and Josh McCann won an Innovation Award for the PadiKit which was highly commended by the judges.

Padikit is a solution for women’s heath in Nepal utilising local resources. Often menstruation is the basis of discrimination with practices such as Chaupadi. The team hope this project will highlight this issue, open discussions across communities and cultures whilst providing an affordable, long term solution to many women across the many women across the world.

This is a unit that treats bamboo cheaply, easily and effectively. While using readily available materials and using gravity head to provide the compression thus making the bamboo 10-15% stronger and increasing its lifespan by 3-5 times. 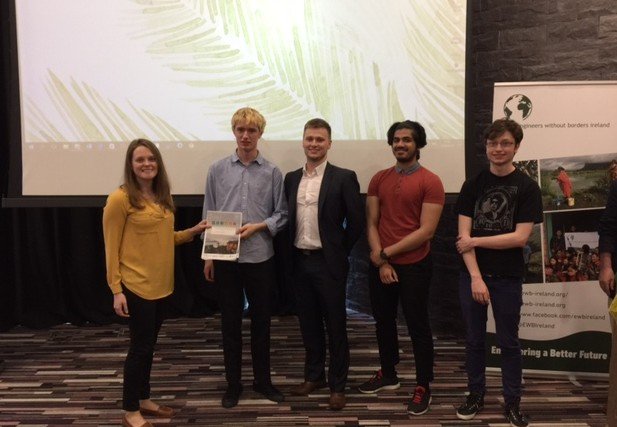