The winning team from WTINE 2016 had a very successful visit to Nepal to implement and test their project the Bio Char Kiln.

Building on field testing carried out with Birr Community Growery in Ireland, the team from DIT Product Design comprising Eoin Cummins, Evan Dowling, Daniel Morgan and Eoin Bracken travelled to Kathmandu on the 8th April. They were facilitated on the ground by Concern-Worldwide. 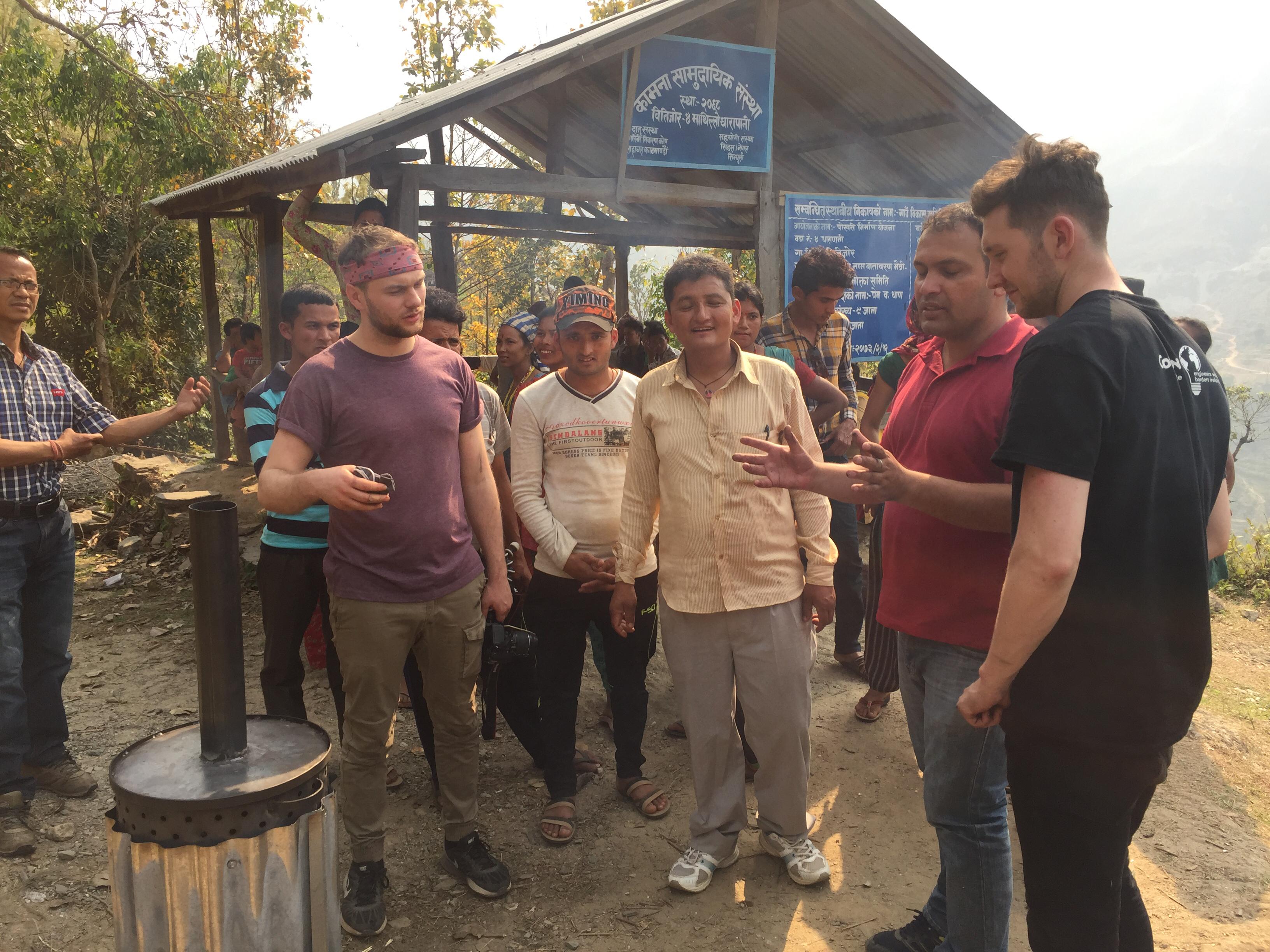 Day 1 they arrived in the town of Khulkot in the New Buspask region and were able to source the main materials for the project. The barrels of the kiln had to be constructed from one sheet of metal as no pre-constructed barrels could be located. This involved having locals fabricators to construct the barrels which was time consuming and involved drilling and welding. This was a collaborated process from both the locals and the engineers and it all worked well together.

Day 2. An early start to continue work on the kiln. More materials were sourced and two working prototypes were finished by early lunchtime. First testing happened that afternoon and received some feedback from locals.

Day 3. Travelled to Bitijor. Drove up steep roads to reach the village and were greeted by around 70 people. Information about the kiln was explained to the locals and it was tested to show them how to use it. Walked around village in the afternoon and visited some of Concerns WASH stations.

Day 5. Back to Kathmandu

The success of this initiative was achieved by several people.