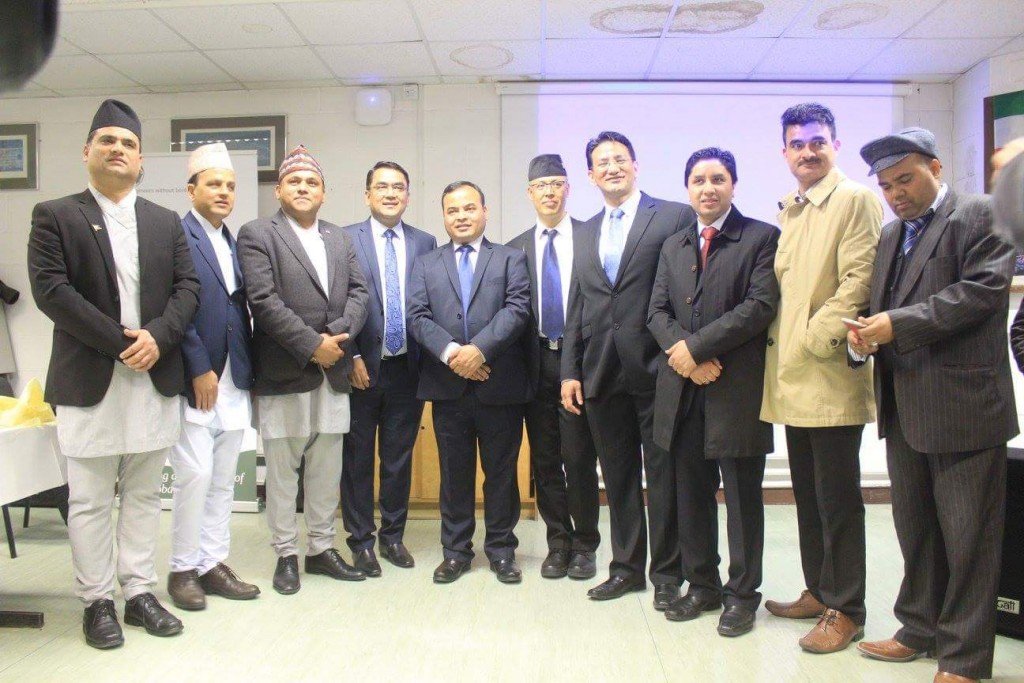 Acting Ambassador to the Nepalese Embassy in London Mr. Tej Bahadur Chhetri with members of the Nepal Ireland Society.

To mark the first year anniversary of the Nepal earthquakes, the Nepal Ireland Alliance hosted a hugely successful conference on “Post Earthquake – Current Status and Challenges Ahead” on Saturday 30th April in the Simon Perry Building, Trinity College Dublin. 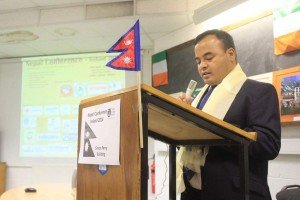 The aim of the conference was to create a platform for interaction, networking and information sharing for all International Non-Governmental Organisations and individuals based in Ireland who have been working in Nepal or have an interest in Nepal. In total there were 25 speakers from organisations including Concern-Worldwide, Trocaire, Plan International, The Irish Red Cross, EWB Ireland, Action Aid Ireland, Habitat for Humanity, Comhlaimh, Tear Fund, Irish Nepalese Educational Trust, Umbrella Foundation and many more.

The Nepal Ireland Alliance is proving to be a valuable platform for collaborative working between individuals and organisations which, since it’s inception in August 2015, has resulted in a number of joint initiatives between members. It also provides a forum for knowledge sharing so we can learn from our collective experiences. It is hoped that the conference will strengthen ties between Nepal and Ireland strenand will become an annual event.

Some of the attendees at the conference.
Read more